You are here: Home1 / News2 / Industry News3 / Could Your Business Benefit from the Work Opportunity Tax Credit?

Could Your Business Benefit from the Work Opportunity Tax Credit?

If you plan to hire new employees this year, you’re not alone. Employment statistics ended 2015 on a positive note. In addition, roughly 242,000 new jobs were added in February and the unemployment rate fell to 4.9%, its lowest level in eight years. Several recent studies indicate that the hiring momentum will continue in 2016.

Hiring new employees could also earn you a credit on your tax return, if you meet certain requirements. The Work Opportunity tax credit is a tax break for qualified wages paid to new employees from certain targeted groups. This credit has undergone several changes since it was introduced nearly 40 years ago. The most recent extension of this credit — under the Protecting Americans from Tax Hikes (PATH) Act of 2015 — retroactively renews the credit for 2015 and extends it through 2019.

Understand the Mechanics
The Work Opportunity tax credit applies to wages paid to a new hire from a targeted group who works for your business at least 120 hours during the first year. If a new employee works at least 400 hours during the first year, the credit equals 25% of his or her qualified wages, up to the applicable limit. The percentage rises to 40% if the new employee works more than 400 hours.

In general, the credit applies to only the first $6,000 of wages. But there are a number of exceptions, which we’ll discuss a little later. In addition, you may qualify for a credit of 50% of qualified second-year wages (in addition to first-year wages) if you hire someone who’s certified as a long-term family assistance recipient.
Here’s an example illustrating how this credit works: Suppose you hire Fred, a qualified veteran who was unemployed for six months before you hired him. He works for you for nine months and earns $500 per week, which equates to $19,000 in the first year. An added bonus is that Fred falls into a special targeted group of veterans and, based on his circumstances, he qualifies you for a credit on his first $14,000 of wages.

Because Fred worked more than 400 hours at your business, you earn a credit equal to 40% of his wages up to $14,000. In other words, your Work Opportunity credit is $5,600. However, you also must reduce your deduction for wages by the amount of the credit. So, your wage deduction for paying Fred is $13,400, and your credit is $5,600.
Important note. Typically, a credit will provide greater tax savings than a deduction of an equal dollar amount, because a credit reduces taxes dollar for dollar. A deduction reduces only the amount of income that’s subject to tax.

There’s no limit on the number of eligible individuals your business can hire. In other words, if you hire 10 people exactly like Fred, your credit would be $56,000.
Work Opportunity credits generated by pass-through entities, such as S corporations, partnerships and limited liability companies, pass through to the owners’ personal tax returns. If this credit exceeds your tax liability, it may be carried back or forward.

Know the Targeted Groups and Qualified Wage Limits
To determine whether you qualify for this tax break, first determine if a new hire belongs to one of these targeted groups:

Starting in 2016, the list of targeted groups has been expanded to include qualified long-term unemployment recipients, which is defined as people who have been unemployed for at least 27 weeks, including a period (which may be less than 27 weeks) in which the individual received state or federal unemployment compensation.

Special rules apply to summer youth employees, and the first-year qualified wage limit for them is only $3,000. In addition, there are four categories of veterans with qualified wage limits of $6,000, $12,000, $14,000 or $24,000, depending on his or her circumstances. The highest qualified wage limit for veterans ($24,000) goes to those who are entitled to compensation for a service-connected disability and unemployed for a period or periods totaling at least six months in the one-year period ending on the hiring date.
The next step is to evaluate whether a new hire meets the other requirements of the credit. You won’t be eligible for any credit if a new employee:

You also can’t claim a credit on wages paid while you received payment for the employee from a federally funded on-the-job training program. And you can take the credit only if more than 50% of the wages you paid an employee were attributable to working in your trade or business.

Obtain State Certification
Last but not least, to take this credit, you must be able to show proof from your state’s employment security agency that the employee is a member of a targeted group. In order to do this, you must either:

Complete IRS Form 8850 on or before the day you offer the individual a job and receive the certification before you claim the credit.

If you use Form 8850, it must be submitted by the 28th calendar day after the individual begins work. On March 7, the IRS extended the deadline until June 29, 2016, for employers to apply for certification for members of targeted groups (other than qualified long-term unemployment recipients) hired (or to be hired) between January 1, 2015, and May 31, 2016. Qualifying new hires must start work for that employer on or after January 1, 2015, and on or before May 31, 2016.

June 29 is also the extended deadline for employers that hired (or hire) long-term unemployment recipients between January 1, 2016, and May 31, 2016, as long as the individuals start work for that employer on or after January 1, 2016, and on or before May 31, 2016. For long-term unemployment recipients hired on or after June 1, Form 8850 must be submitted by the 28th calendar day after the individual begins work.

The IRS is currently modifying the forms and instructions for employers that apply for certifications for hiring long-term unemployment recipients. But it’s expected that the modified forms will require new hires to attest that they meet the requirements to qualify them as long-term unemployment recipients. Guidance from the U.S. Department of Labor states, “In the interim, employers and their representatives are encouraged to postpone certification requests for the New Target Group until the revised forms are available.”

Timing Is Critical
If you’re planning to hire new employees in 2016, the Work Opportunity credit offers a simple way to lower your tax liability. It doesn’t require much red tape, except for obtaining a timely certification of the employee from your state employment security agency. Your tax adviser can help you determine whether an employee qualifies, calculate the applicable credit and answer other questions you might have. But, if you postpone applying for certification, you could lose out. 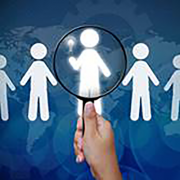