You are here: Home1 / News2 / Newsletter and Updates3 / It’s Time for Individuals to Plan for Taxes in 2016 and Beyond

Year end is rapidly approaching. It’s now time to consider making some moves that will lower your 2016 tax bill and get you into position for tax savings in future years. This article offers some year-end planning tips for individuals — while keeping the results of the recent election in mind.

Note: President-elect Donald Trump’s current tax plan is similar to the proposal published by the House Ways and Means Committee earlier this year. Both call for reducing the number of brackets, lowering the top individual and business tax rates, eliminating the estate tax and making various other changes. (See “Tax Reform Plans for Individuals” at right.)

It’s unknown when (or if) these tax reform proposals will be enacted. With the Republicans in control of Congress and the White House, it wouldn’t be unreasonable to expect some of the proposals to pass and go into effect next year, however.

Note: The President-elect’s proposed 100-day plan would repeal the Affordable Care Act (ACA). If his plan succeeds, the ACA-related surtaxes may be repealed in 2017.

For 2016, the AGI thresholds for the itemized deduction phaseout are $259,400 for singles, $311,300 for married joint-filing couples and $285,350 for heads of households. The total amount of your affected itemized deductions is reduced by 3% of the amount by which your AGI exceeds the applicable threshold. However, the reduction can’t exceed 80% of the affected deductions that you started off with.

Under the phaseout rule for personal and dependent exemptions, your write-offs can be reduced or even completely eliminated. However, the phaseout rule applies only if your AGI exceeds the applicable threshold. The thresholds are the same as for the itemized deduction phaseouts listed above.

These popular federal income tax breaks for individuals are scheduled to expire at the end of 2016, unless they’re reinstated by Congress:

Now that we’ve covered the basics, here are eight tax-saving strategies to consider between now and year end:

Note: The standard deduction amounts for 2017 could be significantly higher if tax reform legislation is approved. If you expect an increase, plan to itemize this year, and then claim the more generous standard deduction next year. Your taxes will be lower in both years.

Perhaps the easiest deductible expense to prepay is included in the house payment due on January 1. Accelerating that payment into this year will give you 13 months of deductible home mortgage interest in 2016. You can use the same prepayment drill with a vacation home. However, if you prepay this year, you’ll have to continue the policy in future years. Otherwise, you’ll have only 11 months of interest in the first year you stop using this strategy.

Another option is to prepay state and local income and property taxes that are due early next year. Prepaying those bills before year end can decrease your 2016 federal income tax bill, because your itemized deductions will be that much higher.

In addition, you may prepay expenses that are subject to deduction limits based on your AGI, such as medical expenses and miscellaneous itemized deductions. Medical costs are deductible only to the extent they exceed 10% of AGI for most people. However, if you or your spouse will be age 65 or older as of year end, the deduction threshold for this year is a more-manageable 7.5% of AGI. (In 2017, this threshold will increase to 10% of AGI for people age 65 or older.)

Miscellaneous deductions — for investment expenses, job-hunting expenses, fees for tax preparation and advice, and unreimbursed employee business expenses — count only to the extent they exceed 2% of AGI. If you can bunch these kinds of expenditures into a single calendar year, you’ll have a greater chance of clearing the 2%-of-AGI hurdle and receiving some tax savings.

Note: The prepayment drill can be a bad idea if you owe the alternative minimum tax (AMT). That’s because write-offs for state and local income and property taxes, as well as for miscellaneous itemized deductions, are completely disallowed under the AMT rules. Therefore, prepaying these expenses may not save much tax for people who owe AMT.

The American Opportunity credit can be reduced or completely eliminated if your MAGI is too high. Here are the current MAGI phaseout ranges:

If your MAGI is too high to be eligible for these higher education credits, you might still qualify to deduct up to $2,000 or $4,000 of tuition costs. If so, consider prepaying tuition bills that aren’t due until early 2017 if that would result in a bigger deduction this year. As with the credits, your 2016 deduction can be based on prepaying tuition for academic periods that begin in the first three months of 2017.

You can also defer taxable income by accelerating some deductible business expenditures into this year. Both moves will postpone taxable income from this year until next year, when it might be taxed at lower rates. Deferring income can also be helpful if you’re affected by unfavorable phaseout rules that reduce or eliminate various tax breaks, such as the child tax credit or the higher education tax credits.

If losses exceed gains, you’ll have a net capital loss for the year. You can deduct up to $3,000 of net capital loss (or $1,500 if you are married and file separately) on this year’s return against ordinary income from salary, self-employment activities, alimony, interest, and other types of income. Any excess net capital loss is carried forward to future years and puts you in position for tax savings in 2017 and beyond.

But there’s a current tax cost for converting, because the conversion is treated as a taxable liquidation of your traditional IRA followed by a nondeductible contribution to the new Roth account. If you don’t convert until next year, the tax cost could be much lower if tax rates are cut by tax reform legislation.

With qualified withdrawals, you (or your heirs if you pass on) avoid having to pay higher tax rates that might otherwise apply in future years. While the current tax hit from a Roth conversion is unwelcome, it could be a relatively small price to pay for future tax savings.

On the other hand, don’t donate stocks or mutual fund shares that have decreased in value while you’ve owned them. Sell the underperforming investments, book the resulting capital losses and then donate the cash proceeds from the sales. That way, you can generally claim an itemized deduction for the cash donation while keeping the tax-saving capital loss for yourself.

QCDs have other tax advantages, too. If you’re interested in taking advantage of the QCD strategy for 2016, you’ll need to arrange with your IRA trustee for money to be paid out to one or more qualifying charities before year end.

These are just some of the tax-planning strategies available to help individuals lower their taxes. Before implementing any of these strategies, consult your WFY tax advisor at info@cpa-wfy.com to discuss the details and limitations, as well as other creative tax-saving alternatives. Your tax advisor is closely monitoring any tax law changes and will let you know when (and if) circumstances change. 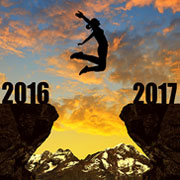 The bracket thresholds for unmarried individuals would be half these amounts, and the head of household filing status would be eliminated. The tax rates on long-term capital gains would be kept at the current 0%, 15% and 20%.

There’s no way to tell what will happen in 2017. These proposed changes are significant and controversial to some, so it’s uncertain what will actually change — or when. The President-elect’s proposal differs somewhat from the House’s Tax Reform Blueprint, and some concessions may eventually be made to appease congressional Democrats.

The President-Elect’s Tax Plan: What the Future Could Look Like

Way for You as a California Shareholder to Save on State Disability Insurance...
Scroll to top CLIENT LOGIN