After several years of processing, the U.S. Department of Labor (DOL) issued new fiduciary regulations on April 6. A previous attempt, back in 2010, was scrubbed when the investment community roundly criticized it as overkill. 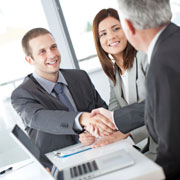 The new regulations seek to update the Employee Retirement Income Security Act (ERISA) enacted in 1974. Back then, the focus of ERISA was on traditional defined-benefit plans. Today, IRAs and 401(k) plans are far more prevalent in retirement planning.

In announcing the final regulations, the White House asserted that conflicts of interest in the retirement advice business cost Americans roughly $17 billion each year. That’s an estimate of the “excessive” fees charged to individuals by advisers who aren’t subject to the same fiduciary standards as, for example, the trustees of a retirement plan.

Under the current lower “suitability” standard, an adviser could recommend a retirement plan investment that pays a higher sales commission, but doesn’t necessarily perform as well as an investment. This standard relies heavily on the premise of caveat emptor, or “buyer beware.”

On the other hand, under the standards governing a fiduciary, the adviser is expected to act solely in the retirement saver’s best interest. The adviser is still permitted to mention the investment that pays a higher sales commission. However, he or she should also recommend an equally promising, less costly alternative that would likely result in a lower commission for the adviser.

Although the regulations focus mainly on advisers who are dealing with IRA investments, they also affect services rendered to 401(k) plan participants. Of particular interest to employers is how the regulations address the distinction between investment advice and education. The distinction has always been important because giving investment advice to plan participants implies fiduciary status.

“It is critical that employers be able to provide routine and helpful guidance through personal interaction of employees with both corporate human resources staff and outside service providers,” said James Klein, the president of the American Benefits Council. The changes don’t appear to prohibit that guidance, although the jury is still out.

The new regulations don’t dictate the forms of compensation advisers can receive. That is, when a key facet of the regulations takes effect in 2018, investment advisers who now receive sales commission for recommendations to IRA and 401(k) plan participants will still be able to do so.

However, when dealing with IRA owners, if the same compensation system is to continue, the adviser will need an exemption from ERISA’s prohibited transaction rules. The exemption is secured by signing a “Best Interest Contract” that follows DOL guidelines. Under this agreement, advisers must, “commit to putting their client’s best interest first, adopt anti-conflict policies and procedures, including avoiding certain incentive practices, and disclose any conflicts of interest that could affect their best judgment as a fiduciary rendering advice.”

Although such a contract isn’t required when advising 401(k) plan participants, the DOL maintains that those participants will have the same general protections and disclosure provided by the contract.

The agency also notes that not every conversation between an adviser and a retirement saver is subject to the fiduciary standard (the same is true for conversations between employers and retirement savers). The distinction boils down to whether the communication involves a specific recommendation.

What Qualifies as a “Recommendation?”

The rule also addresses a situation in which an adviser, by virtue of his or her relationship with a financial services company, can only recommend that particular company’s investments. The DOL stipulates that advisers who are limited in this way must:

Furthermore, advisers still must act in the retirement saver’s interest and refrain from making available any inappropriate funds unless the restricted fund lineup also includes a more appropriate one.

Although the problems the DOL seeks to address with these regulations are more prevalent in the IRA market, some 401(k) plan sponsors might ultimately also benefit from the new rule. Still, analysts continue to plumb the depths of the complex regulations to understand their full implications.

Note: The final regulations and the amended and new prohibited transaction exemptions become effective June 7, 2016, but they will be implemented on a phased-in basis. The broader definition of fiduciary in the final regulations will be applicable on April 10, 2017. In order to take advantage of the Best Interest Contract exemption, firms will only be required to comply with more limited conditions, including acknowledging their fiduciary status, adhering to the best interest standard, and making basic disclosures of conflicts of interest. The other requirements of the exemption will go into full effect on January 1, 2018.

Must Joint Activities Be Treated as Partnerships?
Scroll to top CLIENT LOGIN