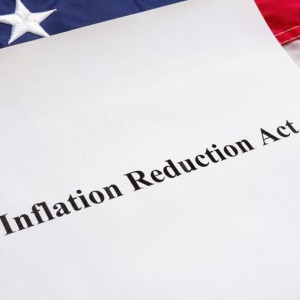 On August 16, 2022, President Joe Biden signed the Inflation Reduction Act of 2022 into law. The provisions included in the Act are intended to address the climate crisis, lowering prescription drug prices, and reduce the deficit – while being paid by several revenue raisers included in the bill. The Act has had undergone some amendments since first being announced late last month. The bill contains various income tax changes – the following is a summary of the final provisions that we feel will most likely impact you:

The Act calls for $80 billion to be invested in the IRS over the next ten years – with the intention of increasing tax audits and collection efforts in order to increase government revenue by approximately $204 billion. IRS Commissioner Rettig released a letter to the Senate to reinforce that no family making under $400,000 per year will see increased audits.

Prior to the Inflation Reduction Act, certain qualified small business startups were able to claim up to $250,000 of the research & development credit against payroll taxes. To qualify, the business would need to have less than $5 million in gross receipts, and no gross receipts in any of the 5 preceding years. The Inflation Reduction Act has increased the $250,000 limit up to $500,000 for tax years beginning after 2022.

The excess business loss limitation, which was originally enacted under the Tax Cuts and Jobs Act in 2017, was extended through 2028. No changes were made to the mechanics of the limitation.

Residential energy credits, which originally expired at the end of 2021, were modified and extended through 2032. The credit will have an annual limit of $1,200 and pertains to energy efficient property such as windows, doors, and HVAC systems.

The Act will allow up to a $7,500 credit on the purchase of new clean vehicles (such as hydrogen fuel cell cars, in addition to plug-in electric/hybrid), and up to $4,000 for the purchase of a used clean vehicle. However, this credit is subject to more limits than the prior plug-in electric vehicle credit that has been available in recent years. The new credit will be limited to vehicles where final assembly occurred in America, and must have MSRP under $55,000 for autos and under $80,000 for vans, pickup trucks, and SUVs. The credit will also be limited to taxpayers with less than $150,000 in income ($300,000 for married filing jointly).

Contact a tax advisor here at WFY to discuss additional details regarding the Inflation Reduction Act, or sign-up for our newsletter here to receive more updates.

Wright Ford Young & Co. is headquartered in Irvine, CA and is the largest single office CPA firm in Orange County. WFY is a full service corporate accounting firm offering audit, tax, estate and trust, and business consulting services to closely held company and family business owners. More information about our Firm can be found at www.cpa-wfy.com