You are here: Home1 / News2 / Newsletter and Updates3 / Employee, Partner or Both? Recent Developments Help You Decide

Employee, Partner or Both? Recent Developments Help You Decide

Are you an employee, a partner, a partner who doesn’t know it — or a combination of these classifications? The answer can have serious tax implications. If you participate in a business that’s operated as a partnership or a limited liability company, here are some recent developments that you need to know.

Longstanding IRS guidance in Revenue Ruling 69-184 states that a partner can’t also be an employee of the same partnership. However, this policy has recently come into question. Some tax experts have been prodding the IRS to allow dual employee/partner status in certain circumstances.

For example, it can be argued that dual status is appropriate when an employee of a partnership receives a small interest in the partnership as equity-oriented compensation. Continued status as an employee would allow the individual to continue to participate in tax-favored employee benefit programs sponsored by the partnership.

However, the IRS says it might consider changing this stance if it can be shown that allowing dual employee/partner status in certain cases is desirable and wouldn’t lead to abuse of tax rules.

Important note: These considerations apply equally to multimember LLCs that are treated as partnerships for tax purposes and their employees and members.

IRS Position on Partners in Partnerships that Own Disregarded SMLLCs

An affected plan would include any employee benefit plan sponsored by the disregarded SMLLC that was adopted before and in effect as of May 4, 2016.

Important note: These considerations apply equally when a disregarded SMLLC is owned by a multimember LLC that is treated as a partnership for tax purposes.

The self employment (SE) tax is the government’s way of collecting Social Security and Medicare taxes on net income from self employment. What you may not know is that profits from passive investments in oil and gas working interests are subject to SE tax, according to a Tax Court decision that was recently affirmed by the 10th Circuit Court of Appeals. (Methvin v. Commissioner, 117 AFTR 2d 2016-2231, June 24, 2016.)

The taxpayer’s working interests represented no more than about a 2% to 3% interest in any single property, and they weren’t part of any formal business organization — such as a partnership, limited partnership, LLC or corporation — that was registered under applicable state law. Instead, the working interests were governed by a purchase and operation agreement entered into by the taxpayer, other working interest owners and the operator/manager of the properties.

Despite these informal arrangements, the oil and gas ventures that the taxpayer was involved in constituted partnerships for federal income tax purposes. However, the parties involved in the ventures exercised their right to be excluded from the partnership tax rules found in the section of the Internal Revenue Code that applies specifically to partnerships.

While the taxpayer reported the net revenue on his federal income tax returns, he didn’t pay any SE tax on the net revenue. After auditing his 2011 return, the IRS claimed that the taxpayer’s net profits from the oil and gas working interests were subject to SE tax because they constituted income from a business carried on by a partnership.

The taxpayer contended that he wasn’t engaged in the oil and gas business and wasn’t a partner in any oil and gas partnership. He argued that his minority working interests were merely investments in which he had no active involvement. Therefore, the taxpayer believed he didn’t owe SE tax on his working interest income, and he took his case to the U.S. Tax Court.

The Tax Court noted that taxpayers who aren’t personally active in the management or operation of a business may nevertheless be liable for SE tax on their share of net SE income from the business if the business is carried on by a partnership in which the taxpayer is a member. In this case, the taxpayer and other parties involved in the oil and gas ventures elected out of the partnership federal income tax provisions. However, the election out applied only to tax provisions that are included in Subchapter K of the Internal Revenue Code (such as the requirement to file an annual partnership return on Form 1065). The SE tax provisions are not found in Subchapter K.

Therefore, the Tax Court ruled that the oil and gas ventures were still considered partnerships for SE tax purposes and that the taxpayer owed SE tax on his net income from his working interests.

On appeal, the 10th Circuit agreed, affirming that those working interests should be treated as partnership interests and that the profits from the investments were subject to SE tax.

Business arrangements, including employment and compensation arrangements, can have surprising (and sometimes costly) tax consequences. For that reason, seeking advice from a WFY tax professional at info@cpa-wfy.com before entering into arrangements is a smart idea. That way, there won’t be unpleasant surprises, and better tax results can often be achieved with some advance planning.

Brought to you by: Wright Ford Young & Co. 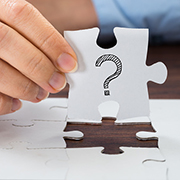 A gossip blogger was involved in a recent Tax Court decision. The man was approached by an investor who recommended the formation of a partnership called “Dirty World.” The taxpayer agreed and received a 41% limited partnership interest. He functioned as the editor and received wages from a related entity.

For the tax year in question, the taxpayer failed to include his share of undistributed partnership income from Dirty World. He claimed he’d never received distributions or a Schedule K-1 from the partnership. After an audit, the IRS assessed a tax deficiency, and the taxpayer took his case to the Tax Court.

But the Tax Court agreed with the IRS that the taxpayer owed tax on his share of undistributed partnership income from Dirty World, regardless of whether he was aware of it or not. (Nik Lamas-Richie, TC Memo 2016-63.)