After an IRA owner’s death, the account beneficiary or beneficiaries must take RMDs each year. RMDs from traditional accounts are generally subject to tax (unless the beneficiary is tax-exempt, such as a charity, or the distribution is attributable to nondeductible contributions), and each withdrawal also reduces the amount left in the account that can continue to grow tax-deferred (or tax-free, in the case of a Roth IRA).

If the RMD rules aren’t followed for a tax year in question, the IRS can assess a penalty equal to 50% of the shortfall (the difference between the required amount and the amount that was actually withdrawn during the year, if anything). That’s one of the most expensive tax penalties on the books. So, complying with the RMD rules isn’t something that can be ignored with impunity.

An inherited IRA is said to have multiple individual beneficiaries when more than one individual is designated as a primary co-beneficiary. For RMD purposes, however, the beneficiaries of a deceased IRA owner’s account aren’t finalized until September 30 of the year following the account owner’s death. This rule allows for creative planning options to achieve better tax results for the beneficiaries. Here are some examples.

This rule isn’t optimal for a younger beneficiary who wants to stretch out the inherited IRA’s tax advantages by taking smaller RMDs over his or her longer life expectancy. Thankfully, IRS regulations allow a postmortem planning solution: After the IRA owner dies, the IRA can be divided into separate IRAs for each beneficiary.

However, any direct transfers to split up the account must be completed by September 30 of the year after the year of the IRA owner’s death. So if the owner died in 2015, the deadline to divide up the account for tax-saving results is September 30, 2016.

Once again, this rule isn’t optimal for a younger beneficiary who wants to stretch out the inherited IRA’s tax advantages by taking smaller RMDs over his or her longer life expectancy. Fortunately, again relief can be found in the IRS regulations allowing a deadline of September 30 of the year after the year of the IRA owner’s death to split the IRA into multiple accounts.

Here’s an example of the postmortem RMD planning permitted under this rule.

When the account is a Roth IRA. To calculate RMDs from an inherited Roth IRA, follow the rules for account owners who die before the RBD. Those rules apply regardless of how old the Roth IRA owner was when he or she died. Again, if there’s a younger beneficiary who’d like to take advantage of his or her longer life expectancy, the Roth IRA can be split up by the September 30 deadline.

Inherited IRAs with a Nonhuman Beneficiary

In this scenario, when the IRA owner dies before the RBD, the account must be completely liquidated by December 31 of the fifth year following the year of the account owner’s death. Obviously, the five-year rule curtails the tax-saving life of the inherited account for any human beneficiaries.

Unfortunately, this rule also results in less-than-optimal tax results for any human beneficiaries who are younger than the now-deceased account owner. They’ll have to take larger RMDs each year, which will deplete the tax-saving IRA more quickly.

Here’s an example of the postmortem RMD planning permitted under this rule.

The September 30 deadline for finalizing beneficiaries can be an important consideration when trying to maximize the tax advantages of an inherited IRA for individual beneficiaries. That deadline is fast approaching for account owners who died in 2015. Contact a WFY tax advisor here to fully understand the impact of making beneficiary changes and make any tax-saving moves before it’s too late. 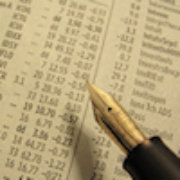 However, there may be an even better alternative. If you can find another corporation to acquire your C or S corporation, you may be able to structure the transaction as a tax-free reorganization. How? You swap the stock in the company being sold for stock in the purchasing corporation. There is no current taxable income or gain for you, the target corporation you’re selling or the acquiring corporation.

Here are the basic advantages of this strategy:

If you die while still owning the shares, the tax basis will be stepped up to fair market value as of the date of death. So your heirs can sell the stock and owe little or no federal capital gains tax. (This assumes the current date-of-death basis step up rule remains in force.)

There is a small glitch for the buyer: With a tax-free reorganization, the corporate buyer cannot step up the tax basis of your corporation’s assets. However, the buyer may be willing to overlook this issue when the acquisition can be made with stock rather than cash.

A tax-free reorganizations can potentially be structured in several different ways, including as a state-law merger, straight stock acquisition, or asset acquisition. The best structure for your corporation may depend more on legal considerations than tax issues.

The optimal scenario for a tax-free reorganization: You receive investment-grade publicly traded shares in exchange for your stock. This would give you great tax benefits but also a high-quality and highly liquid asset. Tax-free reorganizations are complicated so it is important to have an experienced professional handle the transaction. Contact your attorney for more information. 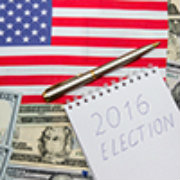 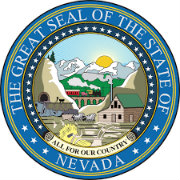 Businesses and individuals that have activity, are licensed and/or organized in Nevada are starting to receive notices in the mail requesting the completion of a Nevada Commerce Tax pre-registration form.  The registration is now required for all entities doing business in Nevada.  If you have sales in Nevada or have an active business license in Nevada, you will be required to register with the Nevada Commerce Tax.  The registration is required in order to file an annual Commerce tax return and pay any Commerce tax liability.

The Commerce tax is imposed on businesses with Nevada gross revenue exceeding $4,000,000 in the taxable year.  However, a simplified annual tax return is required even if you do not have Nevada gross revenue exceeding $4,000,000.   The Commerce tax return is required to be filed annually for the period July through June and due by August 15th.  For example the July 1, 2015 through June 30, 2016 return was due August 15, 2016.

If you have received a notice for the completion of the Nevada Commerce Tax pre-registration form, please visit the Nevada Commerce website in order to register and file the annual Commerce tax return online or contact our office here or emailing us at jmarshall@cpa-wfy.com.