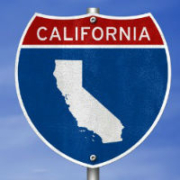 According to a recent SFGate poll, 53% of Bay Area residents interviewed want to leave California.(1) We have been hearing similar comments from seminar attendees across the state, and we know many of you have clients who are attempting to “move out of California.”

Keep in mind, one of the FTB’s longest running, and most active, audit programs is the residency audit program. The FTB looks closely at a taxpayer who moves from California, and often they are high income taxpayers who have large amounts of income after they change their residency to another state. However, lower income taxpayers can also be caught in this trap.

Recently, we heard of two examples of clients who want to leave California — but not completely.

Case study #1: High-income taxpayer who is expecting a large capital gain from the sale of very appreciated stock will move out of state. However, he will keep the California home that has been in his family for generations.

Case study #2: Woman moves to a non-tax state, buys a home there, and keeps her California home to which she returns periodically to oversee care of her mother. She has income from both California and the other state.

Each of these taxpayers is in the danger zone. Let’s look at the rules for residence and domicile and apply them to these case studies, as this is the key to being a nonresident.

A “resident” is an individual who is:

If a person has not changed their domicile, they continue to be California residents for income tax purposes, even if they are outside of California for most or all of the year.

The key to these case studies is domicile. In order to be a nonresident of California for tax purposes, the taxpayer must show that their domicile is in another state. The FTB will assume any taxpayer that left the state but kept a home in California has retained their California domicile (because they “intend to return”). So, that is one big step against the taxpayer.

In case study #1, the taxpayer must dispose of the property or they will have trouble proving they ended the residency. This is going to be a particularly difficult situation because the taxpayer has significant income from the sale of his appreciated stock, and the FTB will argue that he is only trying to change his residence to avoid the California tax on that income. We would typically recommend that the taxpayer sell their California residence and purchase a residence in their new home state. However, the taxpayer does not want to sell his home because it has been in the family for generations.

Simply having the children rent the family home will make it hard to prevail, as the FTB may argue that the taxpayer can return to the home at any time. One suggestion might be to gift the home to the children or put the home in an irrevocable trust for the children.

In case study #2, the taxpayer has relatively low income, but the FTB is still likely to find that she continues to be a California resident. Keeping the home here indicates that she intends to return to California, especially if she is periodically using it and working occasionally in California. If the FTB audits her, she will surely lose. The best way for her to end her residency is to sell the home and not work in California when she comes to care for her mother. She can stay with friends or in a hotel, but not in her home.

Cases where taxpayers won and lost

A good way to understand factors that will help or hurt taxpayers in these situations is to review cases where taxpayers have lost on residency issues.

In the Appeal of Murray, the taxpayers were domiciled in California prior to the husband signing with the Cleveland Cavaliers.(3) The Board ruled in favor of the FTB, and found that the taxpayer maintained a domicile in California because the taxpayer and his family resided in Ohio only during the seven-month basketball season. They maintained two homes in California — one occupied by his mother-in-law and the other presumably vacant — and continued to use financial advisors, doctors, and had business registrations in California.

In Appeal of Cummings, the taxpayers had moved to Nevada — or so they thought.(4) However, they retained two homes in California and one in Reno, Nevada. Credit card transactions and amounts and locations of expenses for each spouse demonstrated an overwhelming presence in California. Following all trips, the Cummings always returned to their California location. The Board found that the taxpayers were still California residents.

In Appeal of Norton, the taxpayers, contemplating retirement, began construction of a residence in California and listed their Connecticut homes for sale.(5) In February 1990, they rented a small apartment in California and lived in it until their new home was finished. The Board determined that residency began on April 10, 1990, when the taxpayers moved much of their furniture, including a piano that had been kept in storage, and brought one of their vehicles to California.

In Appeal of Lau,(6) which was dismissed by the FTB before the BOE made a decision, the Board was posed to rule in favor of taxpayers who had retired from running their California business and had moved to Nevada. Due to the poor housing market, they had retained their California home along with its custom made furnishings, kept their Kaiser health plan, their golf membership (which they were unable to sell), and cars in California to use while they were visiting family and checking in on their business interests. The Board indicated that they felt that the taxpayers had demonstrated their intent to establish a Nevada domicile.

In Appeal of Bills,(7) taxpayers allowed their adult daughter to stay in their California home and purchased another home in Washington to move into when the husband retired from his investment company. The BOE ruled that the taxpayers had established a Washington domicile in only one week, even though they made frequent and extended stays in California immediately thereafter. The Board emphasized the subjective intent test rather than a quantitative objective test in establishing domicile.

This article is reprinted with permission of Spidell Publishing, Inc.® ©2019 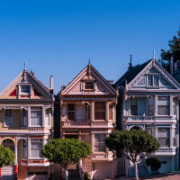 On January 18, 2019, the IRS issued a notice providing “safe harbor” conditions under which rental real estate activities will be treated as a trade or business for purposes of the IRC Section 199A deduction.

To qualify for the safe harbor:

Further clarification in the notice:

Triple Net Leases are not eligible for the safe harbor.

Vacation rentals (residences used by the owners) are not eligible for the safe harbor.

A statement is required to be attached to the taxpayer’s tax return and be signed by the taxpayer declaring that all the safe harbor requirements have been met and must include the following language:  “Under penalties of perjury, I declare that I have examined the statement and to the best of my knowledge and belief, the statement contains all the relevant facts relating to the revenue procedure and such facts are true, correct and complete.”

Lastly, an enterprise that fails the safe harbor requirements may still qualify as a trade or business under the regulations for purposes of the 199A deduction.  If you are unsure about your rental real estate enterprise, consult with a WFY tax advisor.